Nottingham’s next generation of engineers and construction professionals have been inspired during a three-day course at Nottingham College’s new City Hub facility, which is currently under construction.

Day one of the course saw students start off with a networking event to introduce the Brunels to the wide variety of industry professionals that are involved in delivering a major scheme like Nottingham College’s City Hub. This was followed by a workshop which invited them to play the role of various different stakeholders on a construction project – from local residents to senior councillors – encouraging the students to consider how large scale works can impact a wide variety of local people.

The second day saw the students put their skills to the test with a tower building challenge, after which they were all given a tour of the construction site to gain an understanding of what a large scale building and engineering project entails.

The programme culminated with the students providing presentations on what they had learnt during the activity to a panel of industry figures. In order to provide the students with essential skills for the job market, mock interviews were also held in the afternoon to give participants experience of what it’s like to face a recruitment panel.

The event was staffed by representatives of Wates, Nottingham College, and Scape, and formed part of the national Building Brunels campaign, an Open College Network accredited schools engagement programme aimed at informing young people about higher education and career options within the construction industry.

“Throughout our time working in Nottingham, we’ve remained deeply committed to working closely with the student community to provide insight into the diverse opportunities that the construction industry offers.

We hope the Budding Brunels participants were inspired having witnessed first-hand Nottingham City Hub coming to life and appreciating the profound and positive impact a construction project can have on a community. The enthusiasm and skills demonstrated by the local students over the last few days shows that the future really is bright for the world of construction and engineering.”

Nottingham College was formed following a merger between the city’s New College and Central College in June 2017. As well as being a superior facility for students, the Hub will be used by community groups and businesses, playing a key role in creating a new destination within the city centre. The City Hub was procured via Major Works – UK, part of the Scape National Construction framework.

As construction of the new Nottingham College City Hub campus accelerates past the halfway point, Wates Construction has confirmed a raft of benefits already brought by the project to the people of Nottingham.

Building work is continuing apace at The Matthew Arnold School in Staines-upon-Thames, as teachers and students rapidly approach the first half term of the new academic year.

Building work has been ramping up at Little Heath School in Reading as the school rapidly approaches the first teaching break in the 19/20 academic year.

A £7.8m expansion project taking place at Murray Park Community School in Mickleover is now complete, marking the culmination of a successful partnership between Wates Construction and Derby City Council to deliver the pivotal scheme.

Teachers and students at The Brakenhale School are knuckling down for the new academic year as building work also ramps up to bring the construction project to a close by the end of 2019.

The sectional completion for Murray Park School’s main block comes as Wates receive glowing report from the CCS for its considerate community initiatives.

Students at The Brakenhale School witness first hand the careers on offer in construction, thanks to the contractor building their own new school building.

Wates Construction has been appointed to the University of Oxford’s Construction Framework with a potential pipeline of work worth £120m – £150m every year.

A new classroom for students with learning difficulties in Bristol has opened thanks to a funding grant from Wates Giving.

Students in Slough step out of the classroom to mark the start of works on two new buildings in Langley Grammar by Wates Construction.

Wates Construction has been appointed to build the new student accommodation development at Teesside University as part of the £300m Campus Masterplan.

Wates hands over Bioscience Centre of Excellence to Teesside University

Pupils and staff of Maghull High School joined Wates Construction and the Department for Education to celebrate the completion of the steel frame of their new two-storey school block on Gainsborough Avenue, Liverpool.

Wates Construction urged students to consider a career in construction at a Building Your Career event in partnership with Nottingham College.

Wates Construction, which is currently working on a project at the University of Southampton’s Boldrewood Innovation Campus, has made it possible for a substantial grant to be awarded to Southampton Sight, which will play a vital role in supporting the charity’s services for children and young people over the next year.

The Brakenhale School in Bracknell has secured funding thanks to its partnership with main contractor, Wates Construction.

Wates Construction has made it possible for a substantial grant to be awarded to Hannah More Primary School, which is located close to where it is currently building Salmon’s 3 Glass Wharf at Bristol’s Temple Quarter Enterprise Zone.

Wates Construction has been appointed to carry out a £16m redevelopment of Stockport College’s Wellington Road Campus in the town centre by the newly formed Trafford College Group.

Back to School 2018: £528m of current schools delivering £182m of social investment and opportunities for young people

Wates achieves major milestone in the construction of Teesside University’s £22.3m centre, as the development reaches its uppermost point.

Representatives from Leeds City College, the West Yorkshire Combined Authority, Leeds City Region Enterprise Partnership (LEP), Wates Construction, and Leeds City Council, gathered for the event to mark the installation of the final piece of structure for the site. 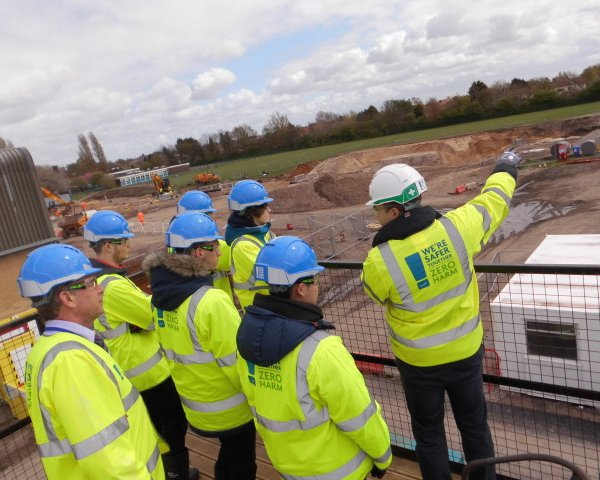 Construction has commenced on the creation of a new two-storey school block for Maghull High School on Ormonde Drive in Merseyside.

Wates Construction has been appointed to build the City Hub building for Nottingham College, procured via Major Works UK.

Wates Construction has been appointed by Derby City Council to carry out a £7.8m expansion of Murray Park Community School in Mickleover, Derby.

The £6.8m extension of Corby Technical School in Northamptonshire has been officially opened following a successful early handover and completion by Wates Construction.

Wates Construction has been awarded a £10.1m contract by the Education and Skills Funding Agency (ESFA) to construct a new school building at Maghull High School in Liverpool.

Wates Construction has been selected as the preferred bidder by the Education and Skills Funding Agency (ESFA) to construct a new building at Samuel Ward Academy, a secondary school catering for 11-18 year olds in Haverhill, Suffolk.

Carlisle United Football Club and Wates Construction are delighted to announce a ground breaking new partnership which will see United’s Community Sports Trust join forces with the leading contractor to deliver a variety of positive community activities and events in West Cumbria.

Community Inclusive Trust (C.I.T. Academies) announced in April it would be opening a brand new mainstream primary school in Grantham in September 2018. Building work on Poplar Farm School began during the summer months and is now well underway and on schedule for completion next summer.

Wates Construction has been confirmed as the main contractor for the new Leeds City College Quarry Hill campus, as work begins on the £57m project in the heart of the city’s cultural quarter.

Wates Construction, has hailed the Chancellor of the Exchequer’s Budget 2017 as a key boost for construction as funding for 110 new free schools is confirmed. 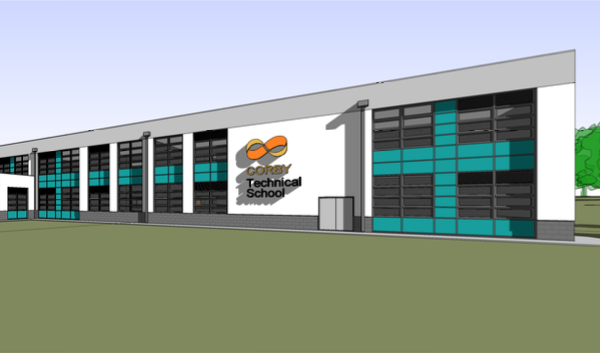 Wates Construction has signed a contract to deliver a new multi-million pound state-of-the-art food and health research centre at Norwich Research Park, marking a significant step in the business’ growth in East Anglia.