Carried out on behalf of Kensington & Chelsea Tenant Management Organisation (KCTMO), the work marks a major investment in the preservation of the historic tower in Kensal New Town.

Following extensive planning and liaison, work on the programme is scheduled to commence immediately and will include the repair, renovation and replacement of the Grade II* listed building’s concrete, cladding and approximately 1,000 windows.

Trellick Tower was designed by Hungarian Modernist architect, Ernö Goldfinger, and was built in 1972 as part of the Brutalist architecture movement that arose from the 1950s to the mid 1970s. The tower became the inspiration for JG Ballard’s novel ‘High Rise’, which was made into a film starring Tom Hiddlestone in 2015.

Wates will first commence work on the six-storey Block B, which will be followed by the external refurbishment of the 31-storey Block A in June this year. Overall completion is expected by summer 2018.

As part of the mobilisation of its team, Wates is currently making arrangements for a range of community initiatives that will be delivered throughout the programme. This will include a series of training and employment opportunities for local people as well as engagement with local social enterprises.

The project follows from a framework agreement between KCTMO and Wates, which began in 2015, for Wates to carry out internal and external works in the north of the borough.

“It is a huge honour to be entrusted with the refurbishment of such a historically significant London tower block. This project will involve a meticulous balance of ensuring we preserve the building’s iconic status while, most importantly, delivering the vital work with minimal disruption to Trellick Tower residents. We very much look forward to continuing our work with KCTMO and to getting under the skin of what is a landmark piece of post-war architecture.”

“We’re very pleased to be working with Wates on such an important project.  Both ourselves and Wates are working closely with residents to ensure that they’re fully informed and we’re committed to supporting them throughout the project.  This iconic building is a favourite to many and this work will help ensure it stays that way.”

In addition to its importance as a Grade II* listed residential building, Trellick Tower has featured heavily in popular culture since its construction. This includes its appearance in a series of music videos throughout the past two decades.

Standing at 98m high, the building’s unique shape and structure was also the inspiration for Channel 4’s famous reinforced concrete ‘4’ that is used to link between its programming.

Wates Living Space has been appointed by Crawley Borough Council to deliver a ten year programme of housing repairs across the borough. 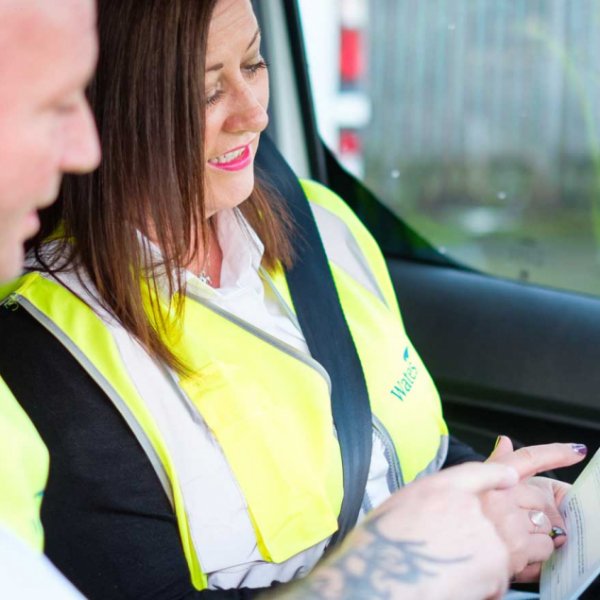 Wates Living Space has been reappointed by Tamworth Borough Council to deliver a ten-year programme of housing repairs across the borough. The councils current three-year contract with Wates Living Space ends on March 31, 2020, and the new 10-year agreement is valued in the region of £50million.

Wates has been appointed by Peabody Housing Association to deliver responsive repairs and specialist works for over 13,000 homes.

Wates Living Space has secured one of its largest ever planned maintenance programmes with the launch of a 20 year partnership with Clarion Housing Group. 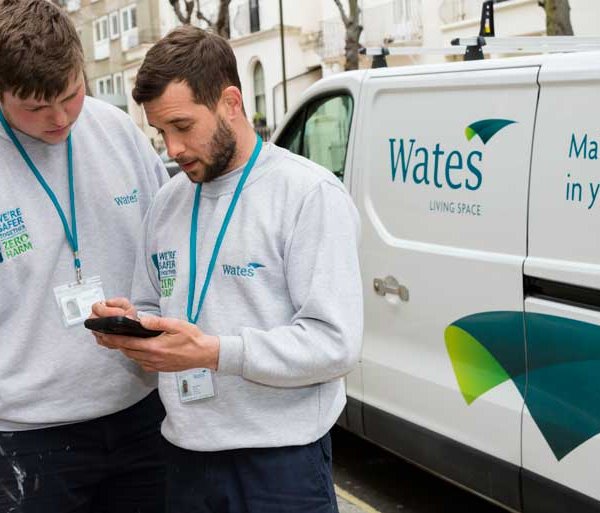 Wates Living Space set to expand its presence across South Yorkshire, focusing on portfolio of housing repairs and maintenance in Rotherham and Barnsley.

Housing maintenance provider, Wates Living Space, has been appointed by Sheffield City Council to deliver a £2.7m contract to install new external wall insulation to homes throughout the city.

The latest contract, valued at £1.4m annually, will see Wates Living Space bring approximately 70 void properties back into use per month.

Wates has cemented its position as the UK’s leading social housing maintenance provider following its appointment in a contract worth close to £100m.

Wates Living Space has successfully secured a contract to work with Thurrock Council for a further three years on its Transforming Homes programme.

Wates Living Space has been appointed to carry out repairs and minor planned works for Cardiff Council, which will see the leading social housing maintenance provider deliver housing improvements to 4,200 properties across the north of the city.

Leading social housing maintenance provider Wates Living Space has further expanded its presence in the West Midlands following its appointment by landlord, whg to deliver two contracts worth over £2m.

Housing maintenance provider, Wates Living Space, has been appointed by Sheffield City Council to deliver a £2.7m contract to install new external wall insulation to homes throughout the city. 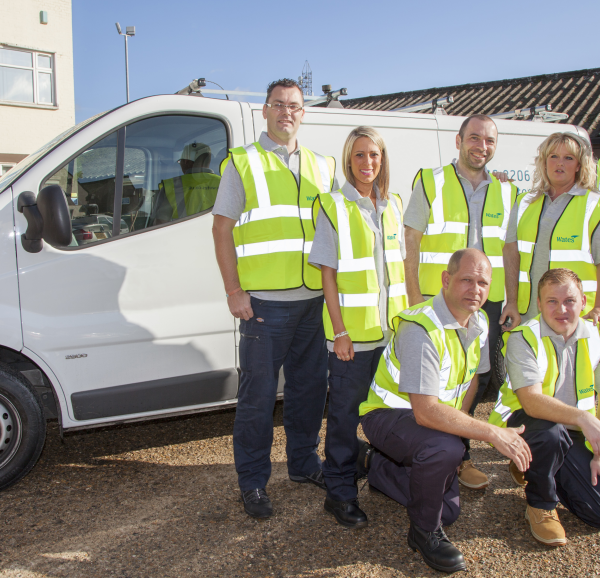 Wates Living Space is set to deliver repairs and refurbishment contracts across 9,449 properties for Southern Housing Group and The Guinness Partnership. 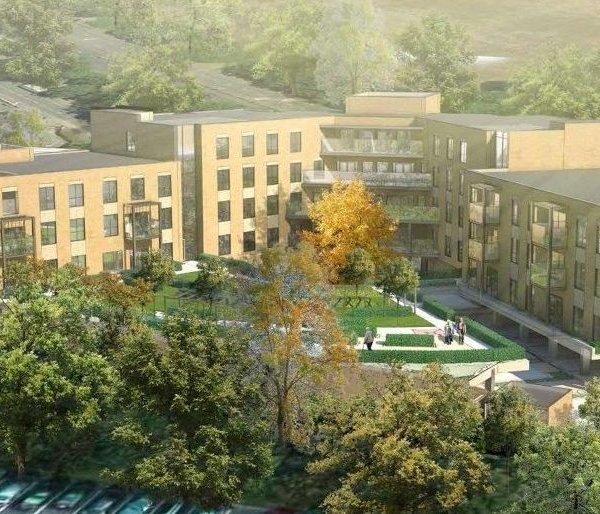 Wates Construction has been awarded a £19.2m contract to build a new development on behalf of Signature Senior Lifestyle, marking the growth of the leading contractor’s work on behalf of the Buckinghamshire-based care home developer.

Wates Living Space Maintenance has been awarded a c. £24m contract to deliver a programme of responsive repairs and voids maintenance on behalf of Network Homes.

Following significant work behind the scenes, today the partnership leading the development of the new Campus Whitehaven are announcing the preferred contractor for the design and build of the multi-million pound project. 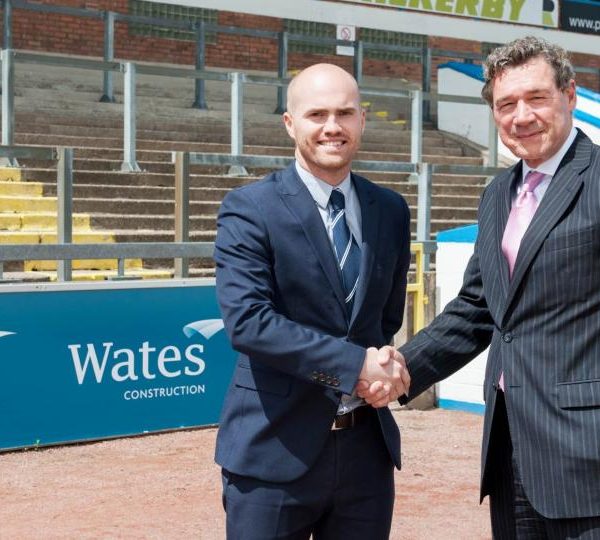 Wates Construction is set to launch a Cumbria-wide community investment campaign in partnership with Carlisle United FC, forming part of the contractor’s growth in Cumbria. 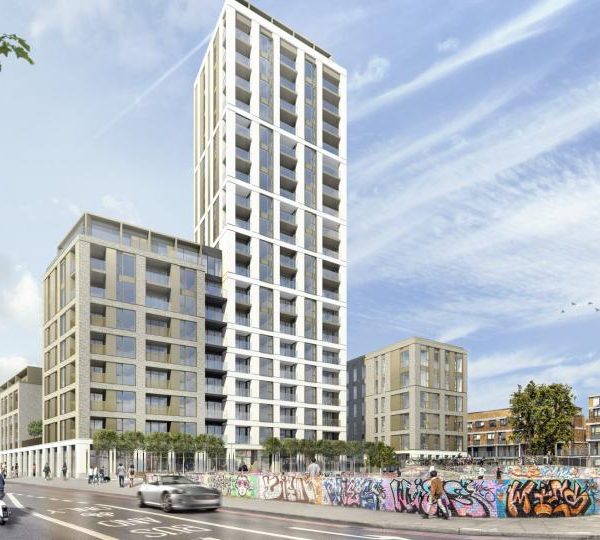 Wates Living Space Homes has been appointed to deliver a new £48m residential development on behalf of Network Homes, closely following the developer’s completion of Park Heights in Stockwell.

Newcastle residents to benefit from major investment in new homes

The East End of Newcastle is set to benefit from the latest stage in the area’s regeneration.

Wates Living Space Maintenance has expanded its presence in North Wales following its appointment to deliver contracts for two housing associations in the region.